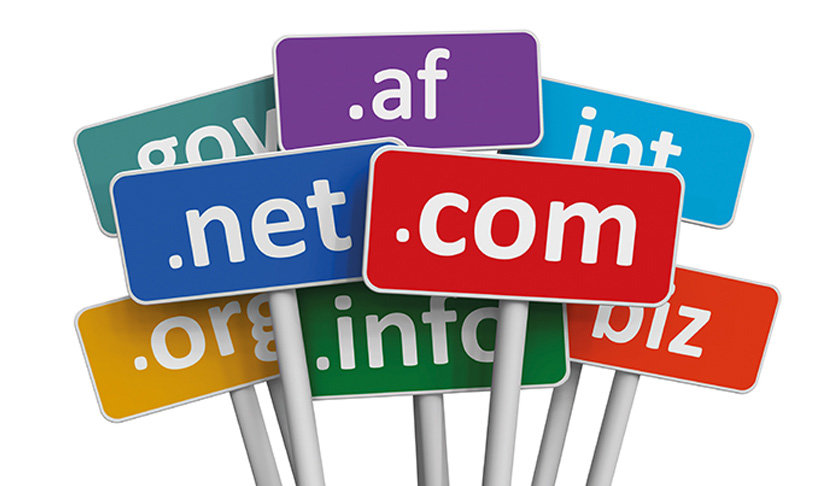 2. Acceptable Domain Names
The .af DNS authority will not accept the following domain names for registration:
• Names that are already registered (“first come, first served” -principle) or that are put on hold. A name is put on hold if:
• Legal proceedings, whether within or outside the scope of a court of law, are in progress over that name, or
• The .af DNS authority has asked the domain name holder to replace his registrar in case the registrars contract with the .af DNS authority is terminated.
• Names that consist of characters other than “a-z”, “A-Z”, “0-9” and “-“, or that start or end with “-” (as recommended in RFC 1035).
• Names of more than three characters or less than sixty-three (63) characters.
• Names with “-” on the third and the fourth position.
• All domain names registered with two characters will be either redirected to minimum three characters or will be cancelled as per domain policy by the end of this year.
Names will be registered for the person whose application is completed first, notwithstanding earlier applications for those names that are not yet complete. An application is complete when it is received with all the required data by the .af DNS authority computer system (not when it was sent). The refusal to register a domain name by the .af DNS authority does not create any rights (priority rights or other) for the applicant. The applicant may file a new application, in competition with anybody else, if that name later becomes available to the public.

b) The license is valid for one year and is renewable as long as the registration fee has been settled.

c) The license is not transferable unless the domain name is transferred with the business assets of the licensee. The license for a domain name that is on hold cannot be transferred, with exception for the appointment of a new registrar as described in article 6, b, second paragraph.

b) The registrar has access to the computer system of the .af DNS authority in order to verify the status and expiration date of the domain names that he manages. The registrar is responsible for the timely advice to the licensee that the license for his registered domain names is due to be renewed.

7. Privacy Policy
a) The licensee authorizes the .af DNS authority to process personal and other data required to operate the “.af” domain name system. The .af DNS authority must only use the data for operating the system and may only transfer the data to third parties if ordered to do so by the public authorities, upon demand of the dispute resolution entity mentioned in article 10 or as provided in paragraph (c) of this article. The licensee has the right to access his personal data and to arrange for it to be amended, where errors exist.

c) The licensee authorizes the .af DNS authority to make the following personal data accessible on its web site – along with some other technical data – to guarantee the transparency of the domain name system towards the public:

• Name, address and telephone and fax number of licensee;
• Date of registration and status of the domain name;
• E-mail address of licensee;
• Language chosen for the dispute resolution set out in article 10.
The licensee also authorizes the .af DNS authority to transfer that data to third parties for the purpose of inclusion in a publicly available directory. The licensee may at any time and without giving any reason inform the .af DNS authority that his personal data may not be transferred. The .af DNS authority must then take all necessary steps to block the data transfer within five working days.

8. Representations and Warranties
a) The licensee agrees and warrants that:
• All statements made during the registration process and the term of the license are complete and accurate.
• Registering the domain name will not infringe or otherwise violate the rights of a third party.
• The domain name is not registered for an unlawful purpose.
• The domain name is not used in violation of any applicable laws or regulations, such as a name that helps to discriminate on the basis of race, language, sex, religion or political view;
• The domain name is not contrary to public order or morality (e.g. obscene or offensive names).

b) The .af DNS authority is not liable for any damage, direct or indirect damage, consequential damage and loss of profits, whether in contract, tort (including negligence), or otherwise, resulting from or related to the registration or use of a domain name, or to the use of its software or web site, even if the .af DNS authority has been advised of the possibility of such damage. Examples of exclusions include :

9. Change of Registration Rules
a) The rules of the domain name registration procedure are dynamic and subject to change.

b) If the .af DNS authority decides to change its rules, it will make the new rules available to the public by posting them on its web site at least thirty (30) days before the new rules take effect. Each registration procedure will be handled according to the rules in effect on the date the application is complete.

d) The .af DNS authority will not personally inform licensees, whose domain names have been rejected in the past, that new rules apply, even if the rejected names would be allowed under the new rules.

f) Notification and publication. The Dispute Resolution Entity must publish all decisions under this dispute resolution policy on the Internet during a reasonable term.

g) Courts of competent jurisdiction. The submittance to the alternative dispute resolution procedures does not prevent either the licensee or the Complainant from submitting the dispute to a court of competent jurisdiction for independent resolution before, during or after those proceedings. If Third-party Decider decides that the domain name registration should be cancelled or transferred, the .af DNS authority must wait thirty (30) business days after being informed of the Third-party Decider’s decision before implementing that decision. The .af DNS authority may then implement the decision unless during those thirty (30) business days it receives from the licensee evidence that a judicial decision, enforceable in Afghanistan, rendered in a dispute between the licensee and the Complainant, blocks the transfer or the cancellation. If the .af DNS authority receives such documentation, it will not take any further action (whilst leaving the domain name ‘on hold’) till it receives (i) satisfactory evidence of a resolution between the licensee and the Complainant; or (ii) satisfactory evidence that the lawsuit has been dismissed or withdrawn; or (iii) a copy of an order on the merits from that court dismissing the lawsuit or stipulating that the licensee does not have the right to continue to use the domain name.

h) Other disputes. All other disputes between the licensee and any party other than the .af DNS authority over the domain name registration that are not brought under the alternative dispute resolution procedures must be resolved through any court proceedings, arbitration or other available proceedings.

11. Rules For Domain Name Use
Domain name registration is strictly prohibited by any of the following purposes:
1. The display of sexually offensive contents;
2. Spamming activities including the development of tools used to spam ; or any software or resources to be used for illegal activities, including viruses and hacking tools;
3. Any other activity which is illegal under Afghan law.

13. Disclaimer
13.1 The Registrant agrees that AFGNIC will not be liable for any damage, liability, loss, costs, charges and expenses due to or related to registration of, application for, deletion of, suspension of, transfer of, reverse transfer of and/or use of Registrant’s domain name, or for interruption of business, or any direct, indirect, special, incidental, or consequential damages of any kind (including loss of profits) regardless of the form of actions, cause of actions, suits, claims and demands whether in contract, tort (including negligence), or otherwise, even if AFGNIC has been advised of the possibility of such damages. Notwithstanding the foregoing, in the event AFGNIC is found to be liable under this Agreement, in no event shall AFGNIC’s aggregate liability under the terms and conditions of this Agreement or otherwise (including negligence) exceed the cumulative total of the Fees paid by the Registrant.
13.2 The Registrant agrees that all conditions and warranties which would otherwise be implied into this Agreement are hereby excluded to the fullest extent permissible by law.

14. Indemnity
The Registrant agrees to indemnify and hold and save harmless AFGNIC, against any and all actions, causes of action, suits, claims and demands of any nature or kind as well as from and against any and all damages, liabilities, losses, costs, charges and expenses including reasonable legal fees resulting from the Registrant’s breach of the terms and conditions of this Agreement, registration of, application of, transfer of and/or use of the domain name.

This Agreement (including AFGNIC’s applicable rules, policies and procedures), as amended and supplemented by AFGNIC from time to time, contains the entire understanding between the Registrant and AFGNIC with respect to the subject matter hereof and supersedes all prior agreements or understandings, inducements or conditions, express or implied, oral or written made between the parties hereto.