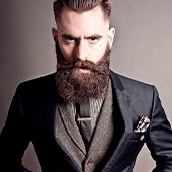 Windows 8 is the official name of the next version of Windows client. Here are details on the three SKUs that are in the pipeline.

Those hoping for fewer Windows editions than in previous versions, your prayers have been answered.

It’s official as of today, April 16: Windows 8 is the name for the next version of x86/64 edition of Windows. And there will be three SKUs only.

According to a blog post on the Windows Team Blog, there will be two editions of Windows 8 for x86/64 processors: Windows 8 and Windows 8 Pro.

Windows 8 is the consumer SKU. It will include the updated Windows Explorer, Task Manager, better multi-monitor support, and the ability to “switch languages on the fly,” which previously was only available to those purchasing the Enterprise and Ultimate Editions of Windows .

Windows 8 Pro is for tech enthusiasts and business/technical professionals, and adds features for encryption, virtualization, PC management, and domain connectivity. The Windows Media Center functionality will be available as an add-on to Windows 8 Pro, known as the “Media Pack.”

Here’s the complete feature chart from Microsoft as to which features will be included in which SKU. The WindowsUnleaked.tk site revealed previously the details of these new Windows 8 SKUs.

Microsoft is naming the Windows on ARM (WOA) version Windows RT. Yes, another WinRT — which is the Windows Runtime (WinRT), the new Windows Runtime which is at the heart of the Metro-Style side of Windows 8. The WinRT version is for WOA tablets and PCs only. I guess that means Windows 8 on Intel and AMD processors fall under the two SKU rule: it will be either Windows 8 or Windows 8 Pro if you are gravitating toward one of those devices due out later this year.

This story was first published as “Microsoft: Here are the three editions of Windows 8” on ZDNet’s All About Microsoft blog.