The Xbox One Tunes In On TV 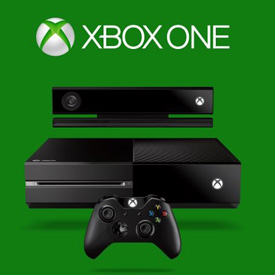 Hardcore gamers are up in arms, but Xbox One will be a hit with casual gamers and even non-gamers.

When the Xbox One was unveiled this week, Microsoft made it abundantly clear that this was not the Xbox we were used to.  The original Xbox, and even the Xbox 360, were designed to be primarily, if not exclusively, game platforms. The Xbox One is designed to offer a connected, living-room entertainment experience. The Xbox 360 now serves as the primary streaming video device for many gamers, whether it’s on Netflix or HBO Go. Microsoft wants to keep those streams going and also control the hours people spend watching live TV. The Xbox One won’t just be for gamers; it will be for anyone that wants a state-of-the-art entertainment experience. There is a lot in the Xbox One that is annoying to gamers, but there is even more that mainstream users will love.

One thing to remember is that the Xbox one is still five, maybe even six months away from shipping. Although the hardware and overall functionality won’t change much, there are a lot of little details that could change before then. And it is a lot of these details that are most concerning to gamers.

A lot has been written about always-on. At this point, it seems like you will be able to play single-player games without an active connection to the Internet. However, you must have an Internet connection in order to set up the Xbox One. You must regularly connect to the Internet to authenticate your account; one executive suggested this connection may be required daily. Clearly, an Internet connection isn’t exactly optional. More concerning is the idea that used or traded games will only run if you pay an additional fee to Microsoft.