Apple Is Accused of Deleting Rivals’ Music from iPods 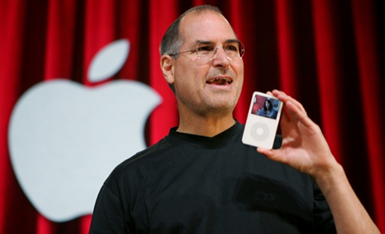 A huge antitrust class-action lawsuit against the Californian electronics company is currently heard in court. The tech giant is accused of intentionally deleting music not purchased from iTunes from users’ iPods a few years ago. A billion-dollar antitrust suit against the company for abuse of its iTunes Music Store dominance is developing in the US District Court in Oakland, California. The attorneys representing the plaintiffs claim that Apple scanned for music not purchased from iTunes and, if such was found, forced a factory reset of the iPod.

Indeed, it turned out that the users who tried to sync and update an iPod with music from the Apple rivals, including Amazon or 7Digital, faced a message about the error with their iPod. The text of the message was saying that that error could only be solved by a factory restore via iTunes. The latter completely wiped the iPod. Music bought from iTunes was restored on the iPod, but music from rival services wouldn’t. The tech giant for some reason decided to not disclose the problem to the users.

In respond, Apple security director argued that the music from the rival services was deleted for security reasons. The company also claimed that hackers including Jon Lech Johansen (aka “DVD Jon”) and software such as the digital rights management removal tool Requiem had made the company extremely paranoid. Even Steve Jobs wrote at the time that someone was “breaking into their house”.

Apple claimed that between 2007 and 2009, their system was “totally hacked”, and the company had to delete music for security reasons. Finally, Apple said it didn’t need to give iPod users too much information in order to not confuse them. No more comments on the issue were received from the tech giant thus far.