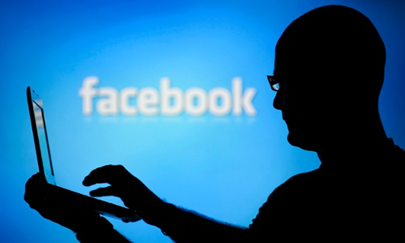 The social network has launched the third free anti-virus scanner, which monitors for malicious activity and offers to scan infected machines directly from Facebook. The software was developed by security company Eset and is expected to protect the user accounts on the social network from being attacked by malicious software on their computers.

Facebook claimed that its goal is to offer the members of the network the best technology to improve their experience of its services and ensure to protect their devices. ESET Online Scanner for the social network is intended to considerably decrease the number of malicious links coming from the trillions of clicks that users make every day on Facebook.

Two years ago, the company launched its first service to detect malicious activity on the users’ accounts and offered Facebook members with suspected infected machines a list of free anti-virus software.

A few months ago, Facebook partnered with a couple of security companies: F-Secure and Trend Micro, and now Eset becomes the third company providing users its tools to directly clean up infections when they are detected.

Facebook believes that a larger number of anti-virus providers will increase the chances that malware will get caught and removed, thus helping people on the social network keep their data more secure.

When you first log into Facebook, you will get notifications if the scanner detects any suspicious behavior, like spam messages or the posting of infected links. You will be offered to download and install light software which scans your machine, but the progress of the scan and results will be delivered via Facebook, which will allow you to get on and do other things while the scanner checks your PC.

The company decided to intensify the anti-virus support of its users following an increasing number of scams and malicious software spreading via the social network. This is not surprising – Facebook accounts for 1.35 billion monthly active potential victims.

The scams are using social engineering in order to force Internet users to click on infected links that spread via friends’ news feeds with click-bait headlines. Although the tech giant has been proactively blocking and removing links it considers malicious, Facebook has not been able to stop the root of the problem – infected machines. Now it makes another try.