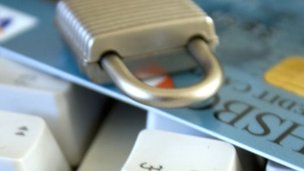 Bitdefender had humble beginnings in Romania, but is now a globally-recognized brand that demonstrates its prowess each year in the AV testing houses. This application is clearly thebest antivirus software for 2013 due to a wide range of reasons. In its multiple incarnations of Total Security and Internet Security, this article will focus on Bitdefender Antivirus Plus 2013.

Ever since the redesign of the antivirus’ interface, the application has been quite easy to use with its well-designed control panel and easy-to-setup Windows 7 and 8 widget. The widget has proven useful as it shows scan and update activity as well as security events and the security status of your device. An impressive feature is the ability to drag and drop a file onto the widget for a simple file scan.

The main control panel consists of four sub-panels: Antivirus, Privacy, Update and Safego. You can switch between the usual options of auto-scanning (which can be scheduled) and on-start scans. The Privacy sub-panel offers antiphishing software in addition to a secure file shredder. Safego is designed to work with social networks like Twitter and Facebook and automatically checks links before navigating you to the end destination. Bitdefender Antivirus Plus 2013 also offers Safepay, a separate icon featured on your desktop which allows you to open any banking pages into a separate and secure browser designed to protect against hacking.

While AV-Test has yet to test Bitdefender’s 2013 antivirus engine, the 2012 version was given a score of 17/18, which was the highest score awarded for the year. It also scored full marks for protection against malware and for repairing damaged systems. Performance has slightly decreased, but this has allowed Bitdefender to continue to reduce occurrences of false positives when identifying malicious files.

The installation for Bitdefender Antivirus Plus 2013 is rather lengthy. That doesn’t necessarily mean it was complex, but it simply took a while to complete. The reason behind the installation taking so long, as is standard practice for many antivirus applications, is that Bitdefender is scanning all of your system files. Even as you are installing the software, it is actively scanning for malware as well as other antivirus applications. In the event that it finds another antivirus system in place, it will display a warning. Antivirus software is designed to work solo and will oftentimes counteract the efforts of other applications.

Once the installation is complete, you’ll be safe from worms, spyware, phishing attacks, identity theft, social networking threats, rootkits, key loggers and much more. Of course, you will still be expected to be cautious in the locations you traverse online. No antivirus software is perfect, though this one makes a valiant effort. Bitdefender can be integrated into your email to keep your inbox safe. It will also tell you which sites are safe to visit when you perform searches through Google and Bing via the Search Advisor.

You can also choose between multiple modes to make your life easier than ever. Remote Monitoring allows you to scan computers from another computer on the same network, which is helpful for corporate offices. It can also switch to Laptop mode to conserve battery life and Game Mode to prevent pop-ups from interrupting game play. Then there’s Rescue mode, which will help rescue your computer if you can’t reboot it.