Microsoft and Yahoo Joined “Right to Be Forgotten” 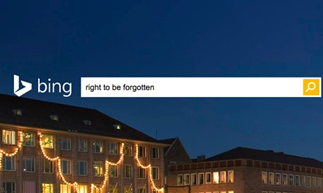 Yahoo and Microsoft’s Bing search engines joined Google and started to respond to the “right to be forgotten” requests for removals in Europe. Microsoft admitted that they published the request form on Bing back in July, but the first removals were made only now. This was confirmed by the reputation management company Reputation VIP’s Forget.me website that helps Internet users submit requests.

Since the 23rd of July, there have been about 700 demands for search result removal on Bing submitted through Forget.me, which amounted to 2 362 URLs. Thus far, almost 80 requests have received an answer from Bing, according to Microsoft. The tech giants are responding to the May decision of the Court of Justice of the EU, which required search engines to remove all inadequate or irrelevant information about individuals if those want it.

Taking into account that Google occupies 90% of the search market in the EU, it became the first company to publish a form to submit such requests. So far, Google received over 174,000 requests for more than 600,000 URLs. The company removed over 40% of them from its search results. Now Bing and Yahoo joined the team and started processing the requests as well.

Microsoft admitted they have begun processing requests following the court ruling and in compliance with the guidance from EU data protection authorities. Like Google, the company is still refining that process, pursuing a goal to find a balance between individual privacy interests and the public’s interest in free expression. Yahoo made the same comment on how it has to deal with the “right to be forgotten” demands. The search engine also has to carefully evaluate each request, taking into considerations the public’s right to information.

The original ruling is supposed to ignite heated debate in the region. Last month, the culture secretary of the United Kingdom, Sajid Javid, claimed that “unelected judges” had simply created “censorship by the back door”, suggesting that terrorists could make use of the ruling.