Russia May Be Unplugged from the Internet 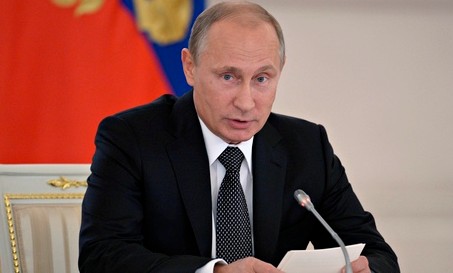 The Russian government is considering radical plans to unplug the country from the worldwide web in the event of a serious military confrontation or big anti-government protests.

Vladimir Putin scheduled meeting of his security council to discuss what steps they may take to disconnect the locals from the Internet “in case of emergency”. This move will help them strengthen the country’s sovereignty in cyberspace. One of the proposals is also to bring the domain .ru under state control.

Today most of the Russian youth do not watch TV or read newspapers. Their flat screens are connected to their laptops which stream online shows and movies. This is not just about the annoying commercials and stupid local TV shows ¬– the matter is that Russian TV and most of the country’s newspapers are already under the Kremlin’s thumb. However, unlike in China, the Internet in the country has so far remained a comparatively open place.

The discussion over “unplugging” the Internet comes at a time when Russia has been bitterly critical of the western media over the situation in Ukraine. The information war escalates, and nobody can tell for sure who is really involved there – on both sides of the conflict.

So, Russia may decide to introduce the new measures early in 2015. The government needs some time to reduce the country’s dependency on the US technology and digital infrastructure, fearing that its communications can be vulnerable to US spying. The suggestions were to build a “national Internet”, which would be a domestic intranet. The government may also strengthen control over ordinary Russian users and their digital habits.

Although it is unlikely that Russian officials would really disconnect the Internet, the moves may be a real step forward in the development of a besieged fortress mentality. While earlier these ideas were mostly to do with so-called government communications, which could make them independent from western technologies, it seems that now they want to expand this crazy idea to the entire Russian Internet.

By the way, the experts point out that it would be technically possible for the government to shut off the Internet. The matter is that Russia has surprisingly few international exchange points, and all of them are under the control of national long-distance operators, which are close to the authorities.

The most worrying thing is the security council’s proposal to take control over .ru (Russia), .su (Soviet Union) and .?? (Russian Federation in Cyrillic) domains. Now they belong to a non-government organization, and many are hosted abroad.

If the decision is approved very quickly, it would open the way to the next step – to force all domains in the .ru zone to be hosted in Russia. It should be noted that Kazakhstan, an authoritarian state intolerant of online criticism, did the same a couple years ago.

However, the Russian authorities explained that they are not going to unplug the worldwide web to escalate the information war – they rather want to protect Russian cyberspace in case of further Western sanctions that may affect the Internet. One has to admit this approach makes sense.

Everyone knows that the Russian economy, which is already teetering on the verge of recession, is also reeling from the stringent Western sanctions over Russia’s alleged(!) involvement in the Ukraine conflict. In fact, it is really strange to discuss its involvement in the destiny of the country, where almost all population is Russian. In result, Washington and Brussels have introduced sanctions that are the toughest punitive measures since the cold war. As the Russians themselves admit, they never noticed the impact of sanctions of the both sides on their daily lives.