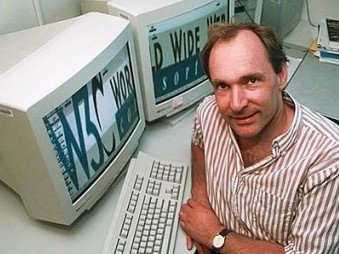 For the first time ever, the number of websites on the Internet has gone above one billion and continues growing. The statistics updated in real time by online tracker Internet Live Stats and tweeted by Sir Tim Berners-Lee (who is known as the father of the Internet), over a billion companies and individuals have their own page today.

According to the statistics, the agency responsible for managing addresses on the worldwide web expands choices far beyond .com and .net in order to provide more online real estate for the ever increasing number of websites. The experts admit that such sort of growth is not back for a technology that celebrated its 25 anniversary in April 2014.

The Internet was born from a technical paper from Sir Tim Berners-Lee, at the time an obscure, young computer scientist at a CERN lab in Switzerland. He outlined a way to easily access files on linked personal computers.

Today over 40% of the world’s population are connected to the Internet, and the number of Internet users worldwide is quickly approaching 3 billion – almost half of them come from Asia. According to the statistics, 2.3 billion emails are sent in each second, and not all of them are spam adverts. Over 75% of websites today are inactive, but are parked domains or similar. People view more than 88,500 YouTube videos in a second, and not all of them are cat related.

Finally, the number of new websites more than doubled two years ago, but then it decreased by more than 20 million. On the downside over 25,000 sites have been hacked and are probably sending out part of those 2.3 billion emails mentioned above.