South Korea and EU Will Develop 5G Together 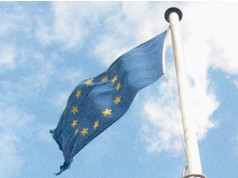 South Korea and the European Union agreed to cooperate on developing 5G wireless network technologies and are expected to come up with a global consensus on standards. The countries have finally come to a conclusion on the need for a harmonized radio spectrum policy in order to ensure global interoperability of 5G networks, along with global technical standards.

The parties will also collaborate with the 3rd Generation Partnership Project, a group of telcom standards organizations, as well as with the International Telecommunication Union that sets global policies for spectrum use. The European Union and South Korea have decided to form a joint research and development group and cooperate on developing ICT services for the cloud and the Internet of Things, apart from many other areas.

This move was supposed to ensure a globally agreed definition and standard for 5G telecommunication networks in the future. The Vice-President of the European Commission for the Digital Agenda arrived in Seoul a few days ago to sign the agreement, saying that the move would certainly speed up and make sure that the European Union wins the global race to create 5G network. Earlier in 2014, the Commission set 2020 as the goal to introduce 5G networks across Europe.

The new agreement would see the European Union and South Korea launching jointly funded research projects in two years. As for South Korea, the country is planning core 5G wireless technologies to be ready in time for the 2018 PyeongChang Winter Olympics, while the world’s first 5G network services are expected to be introduced by 2020.

Of course, these plans put Samsung into the spotlight, as the company has already successfully tested technologies considered key to 5G back in 2013. The country’s major carriers SK Telecom, KT and LG Uplus are currently fighting for the right to become the first 5G network provider.