China May Outsource to America 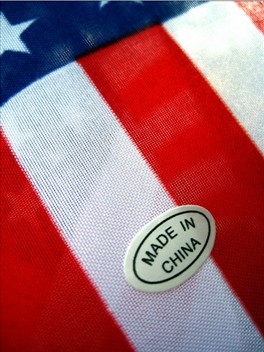 Do you think that things are cheaper in the third world? The Chinese don’t. Not anymore.

The local governments of the United States are trying to attract the Chinese companies to their states in the hope they will set up shop. According to the recent Yahoo news, the free market failed to provide states like Alabama with jobs, and in result the region suffered from a high unemployment rate. The problem was solved after the state began looking for investors from the Communist Henan Province in China.

The searches were successful – Henan’s Golden Dragon Precise Copper Tube Group has already opened a plant in Alabama in May 2014, and it is not the only one of its kind: the trend of the Chinese outsourcing to the US is being noticed across the country. Indeed, the Chinese companies have already invested a record $14 billion in the US in 2013. What is more important, they collectively employ over 70,000 Americans.

The market confirms that the rules have changed: Chinese workers are getting more and more expensive, while the energy prices in the United States are falling. So, now mayors and economic development officials can be seen lining up to welcome Chinese investors, though a few years ago they would have called them “Commie infiltrators”.

The researchers point out that it is in the more conservative Southern states, where obsession with blocking health care defined a higher number of people on welfare being at the forefront of attracting the Chinese. Today any market expert would admit that the United States has some advantages of cheaper Chinese manufacturing facilities: aside from access to cheap Mexican labor, companies that set up in the States will save a fortune on transport costs.